Coconut breaded falafel baked in the oven until golden brown. Placed in a bowl with onions, crisp arugula, and a fruity & spicy sauce. Falafel has slowly taken over the spot as one of my favorite foods. I was hooked the first time I tried it! 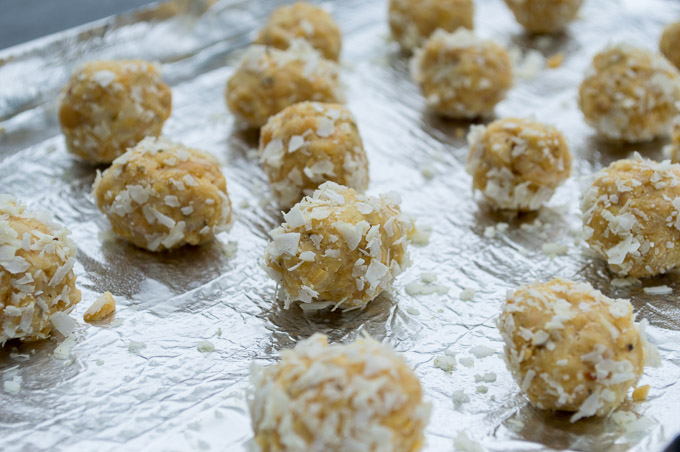 Don’t get me wrong, any kind of spaghetti will forever be my all time favorite food. But when I see falafel on a menu, it’s so hard for me to pass it up.
This falafel recipe is from Chloe Flavor. It’s actually a vegan cookbook, but you wouldn’t know it! all the recipes look so good and they don’t use any crazy hard-to-find ingredients. There are so many recipes I can’t wait to try, but this recipe was so easy, I had to share it first! Oh, and Michael Symon (who wrote a whole cookbook about meat) wrote the intro to Chloe’s book…it’s definitely a cookbook that appeals to vegans and non-vegans. 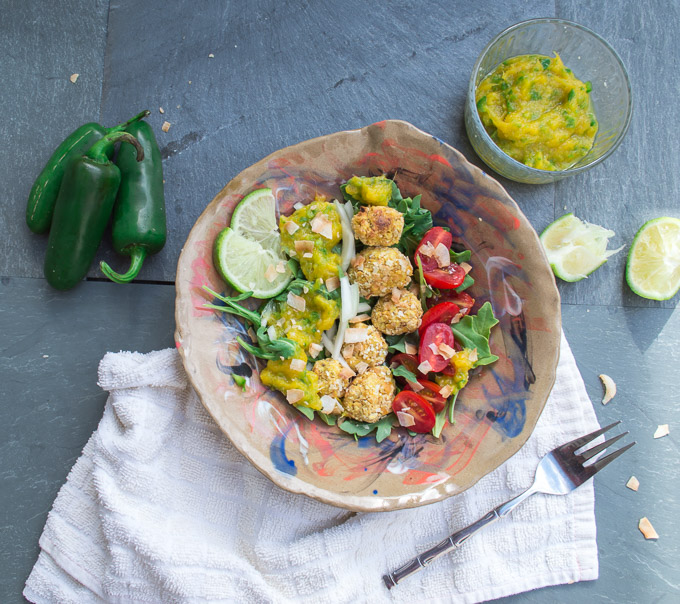 I made a few changes to the recipe. I like to bake my falafel instead of frying it, it’s a bit healthier and you can prep the other ingredients while the falafel cooks. I also made this into a salad/grain bowl instead of serving them as sliders. I wanted to pack a lot of vegetables in the meal, and it was easier to do as a bowl. 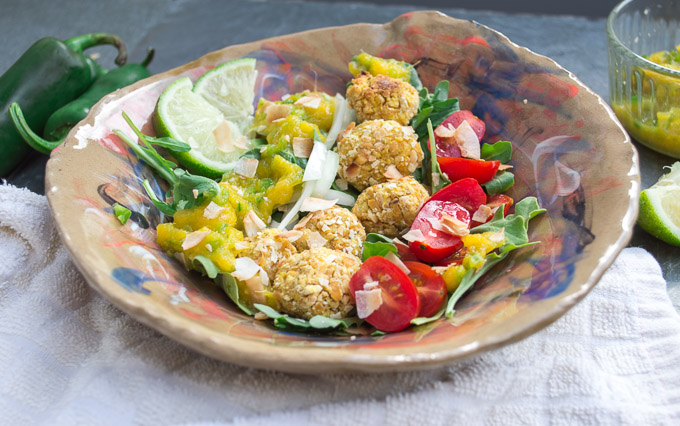 When you’re breading the falafel with coconut, I recommend dipping your hands in water. It was the only way the coconut tightly adhered to the falafel.
For some dishes, I don’t mind skipping the sauce. This is not one of those recipes! The sauce completes the meal and adds a kick to the bowl. It’s simple too! You just blend a mango and jalapeno and fresh lime it’s complete. 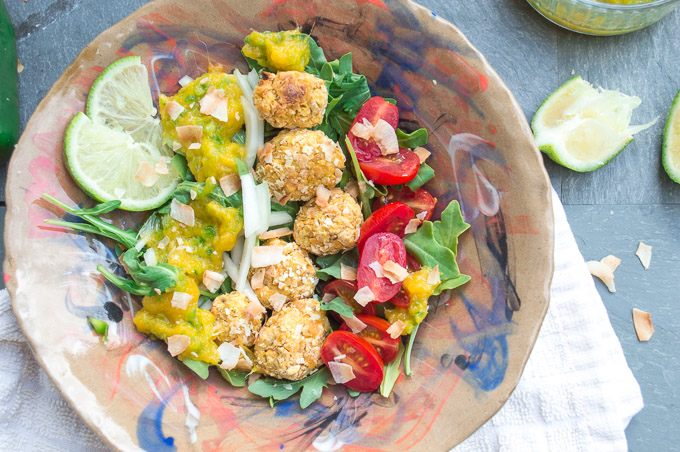 The whole idea is for the falafel to be the vegan take on coconut shrimp! But I also think it could replace coconut crusted chicken too.
So sprinkle some extra coconut and a bit of lime and enjoy the meal, it feels like a dinner you’d eat while on a tropical vacation.

From north coast eats at https://northcoasteats.com/coconut-falafel-mango-bowls/ 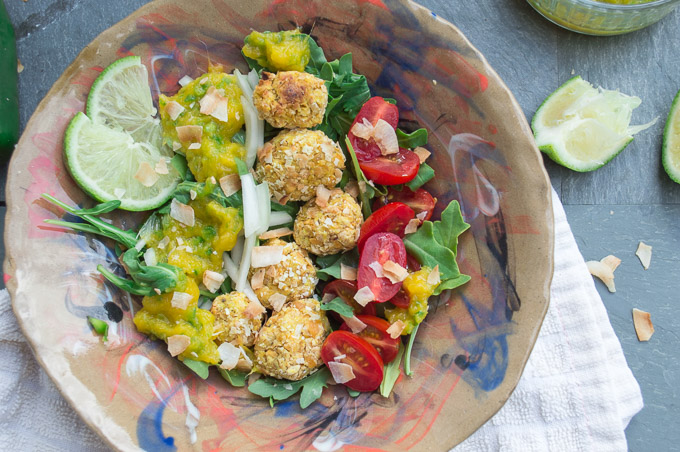 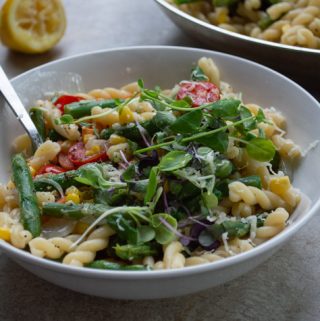 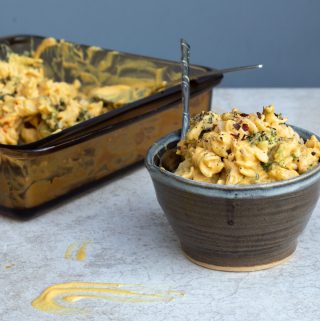 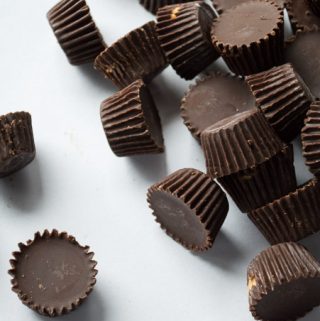 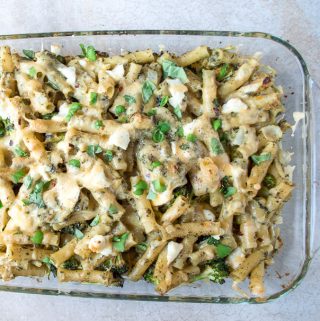 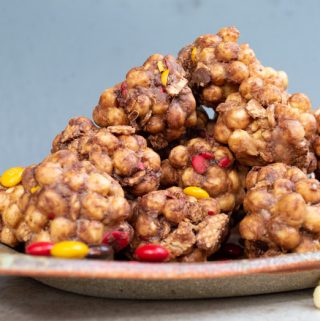